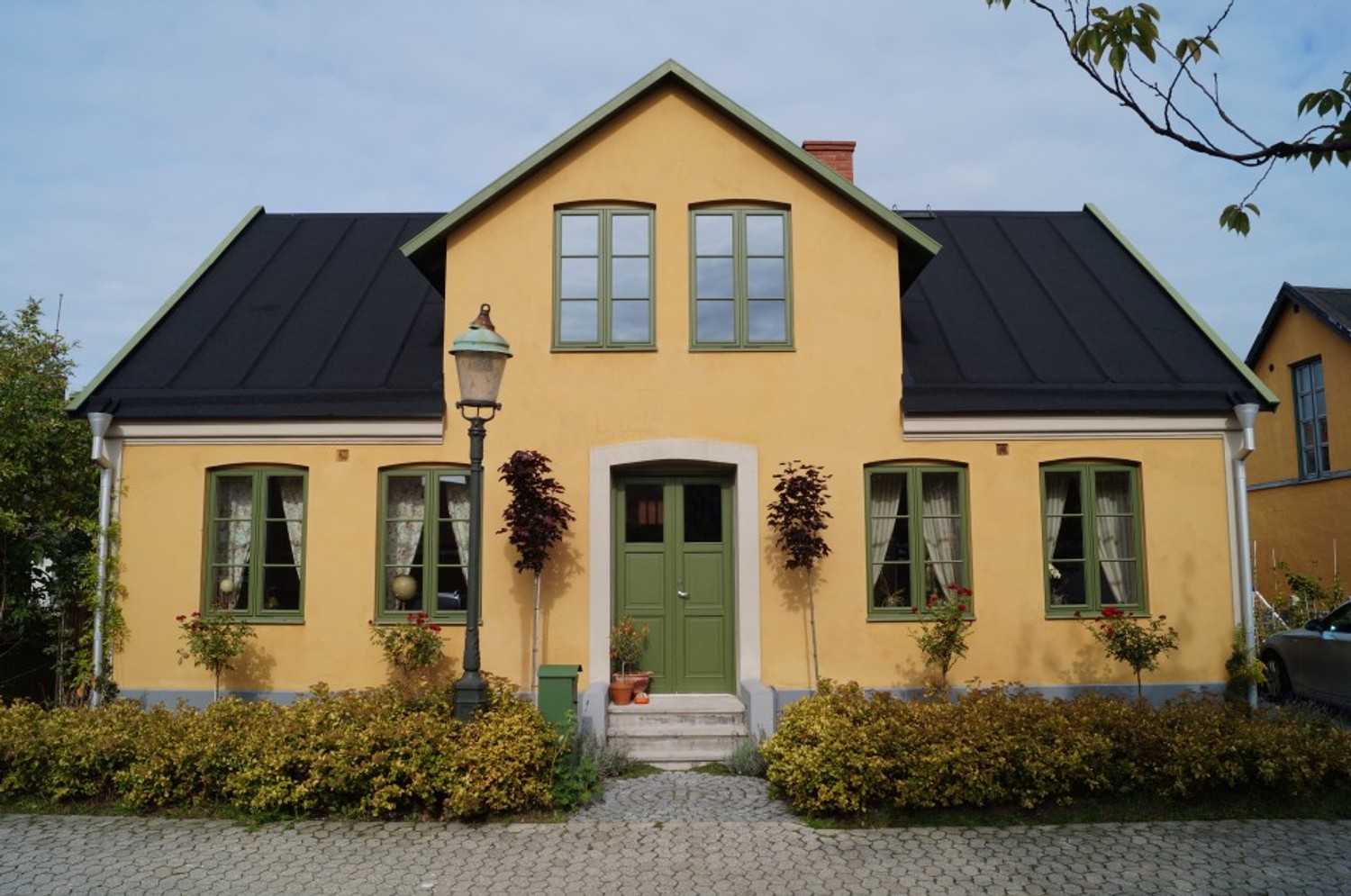 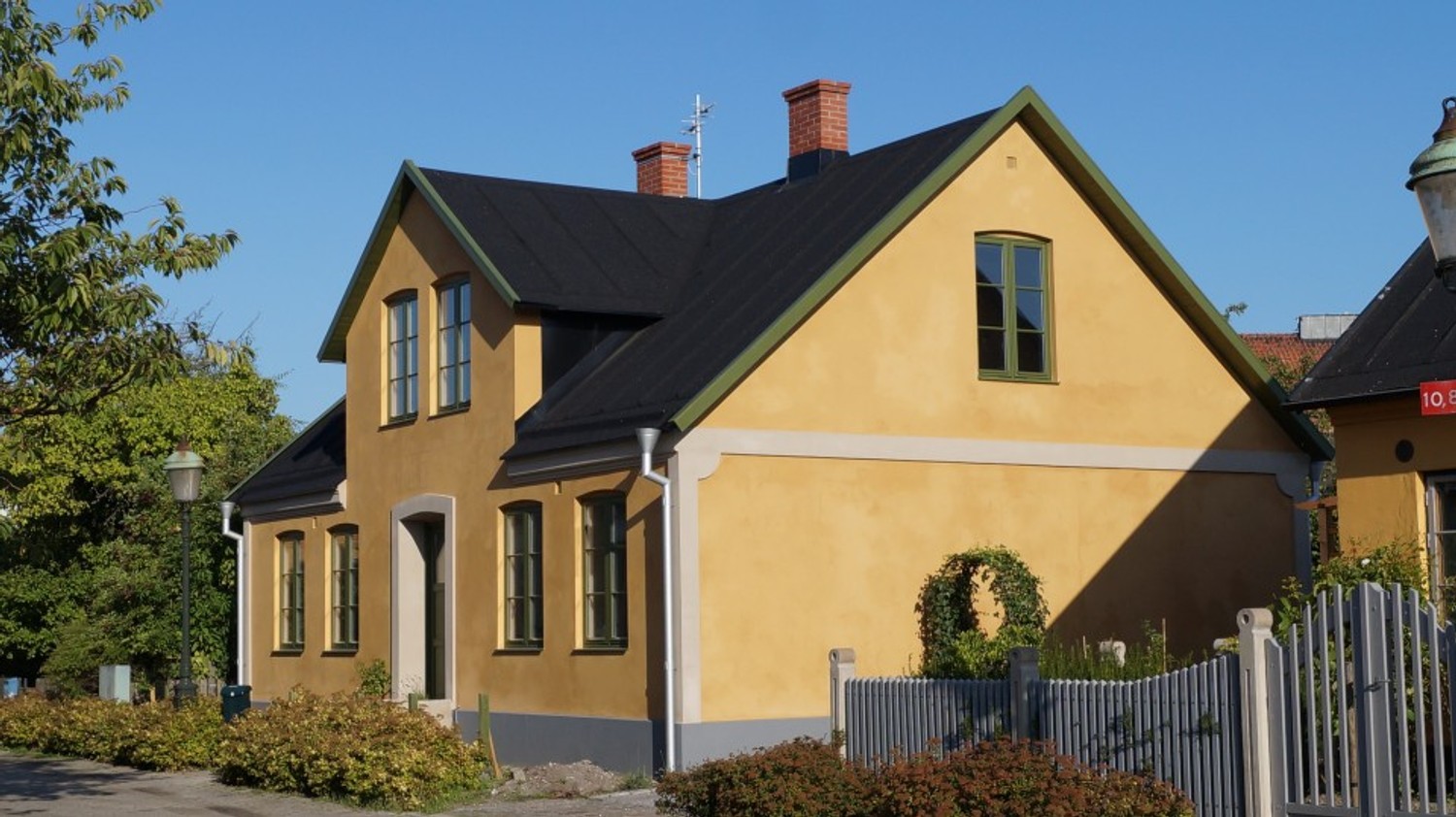 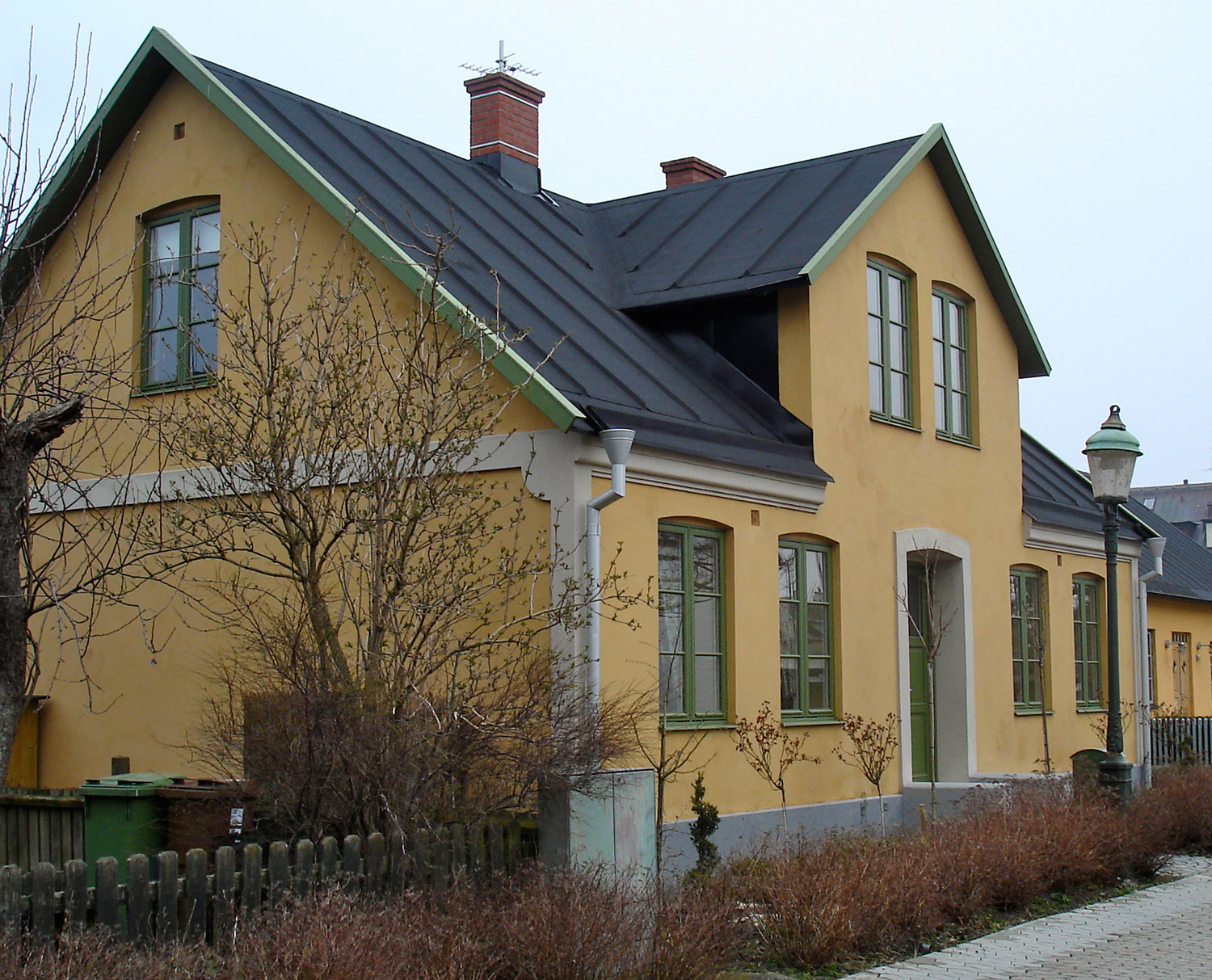 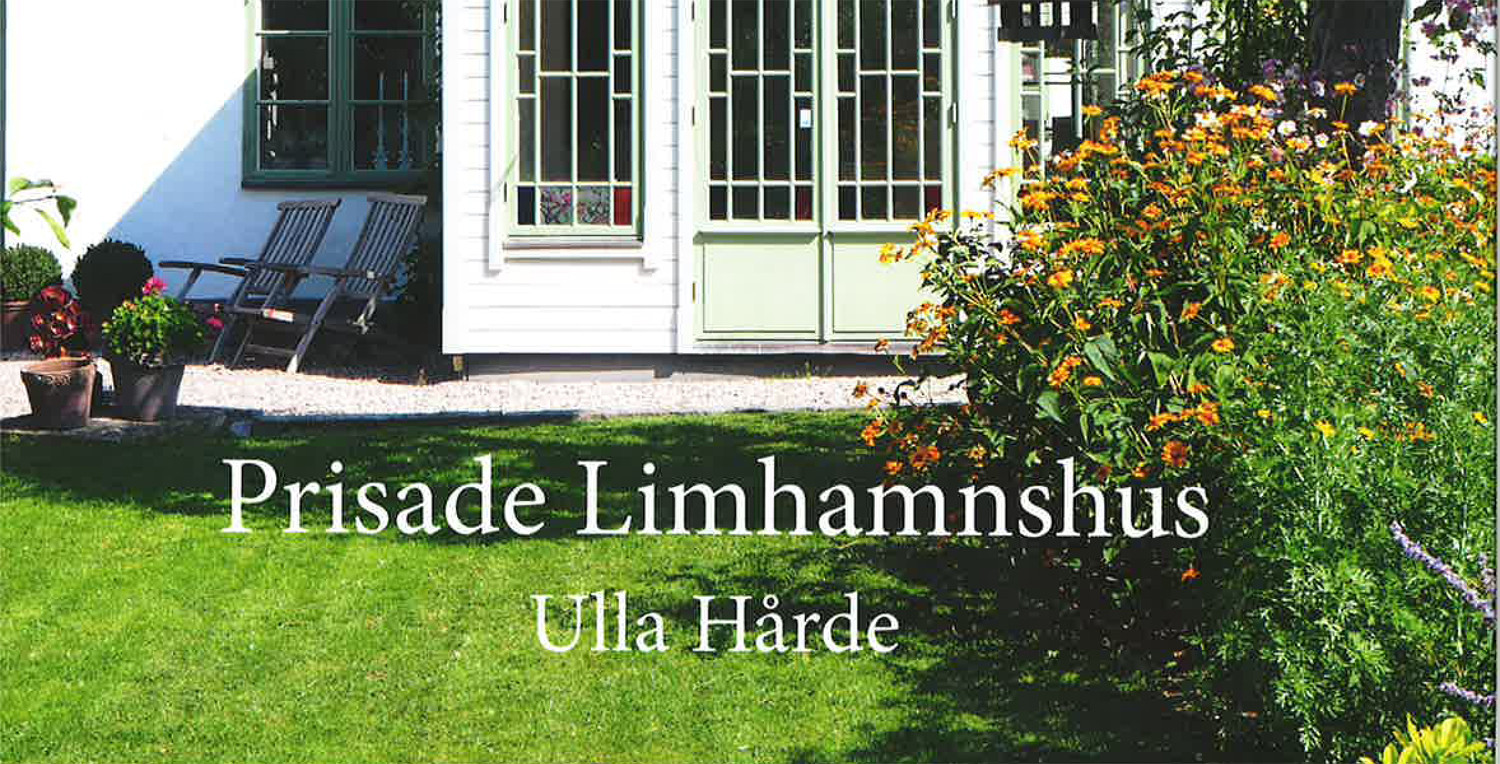 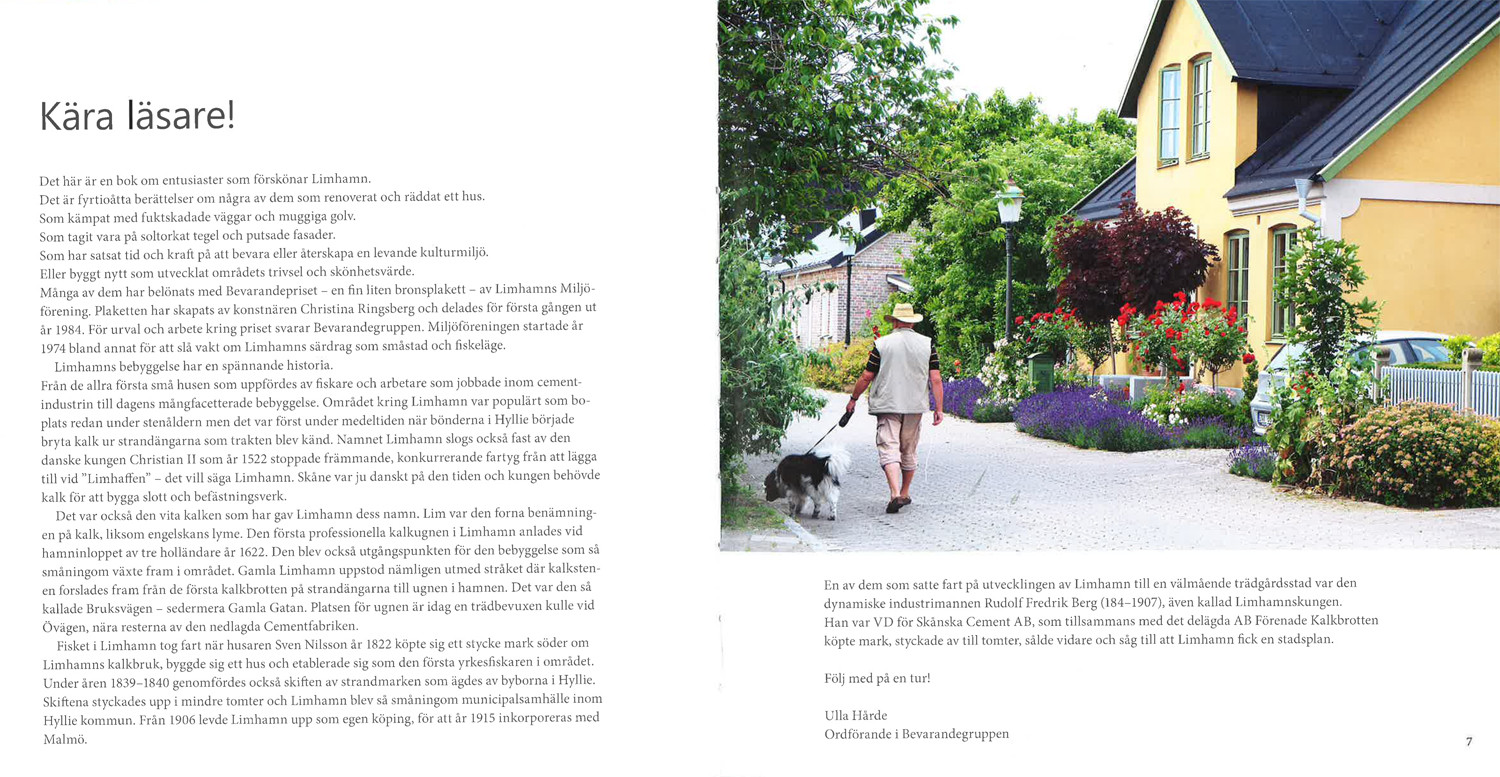 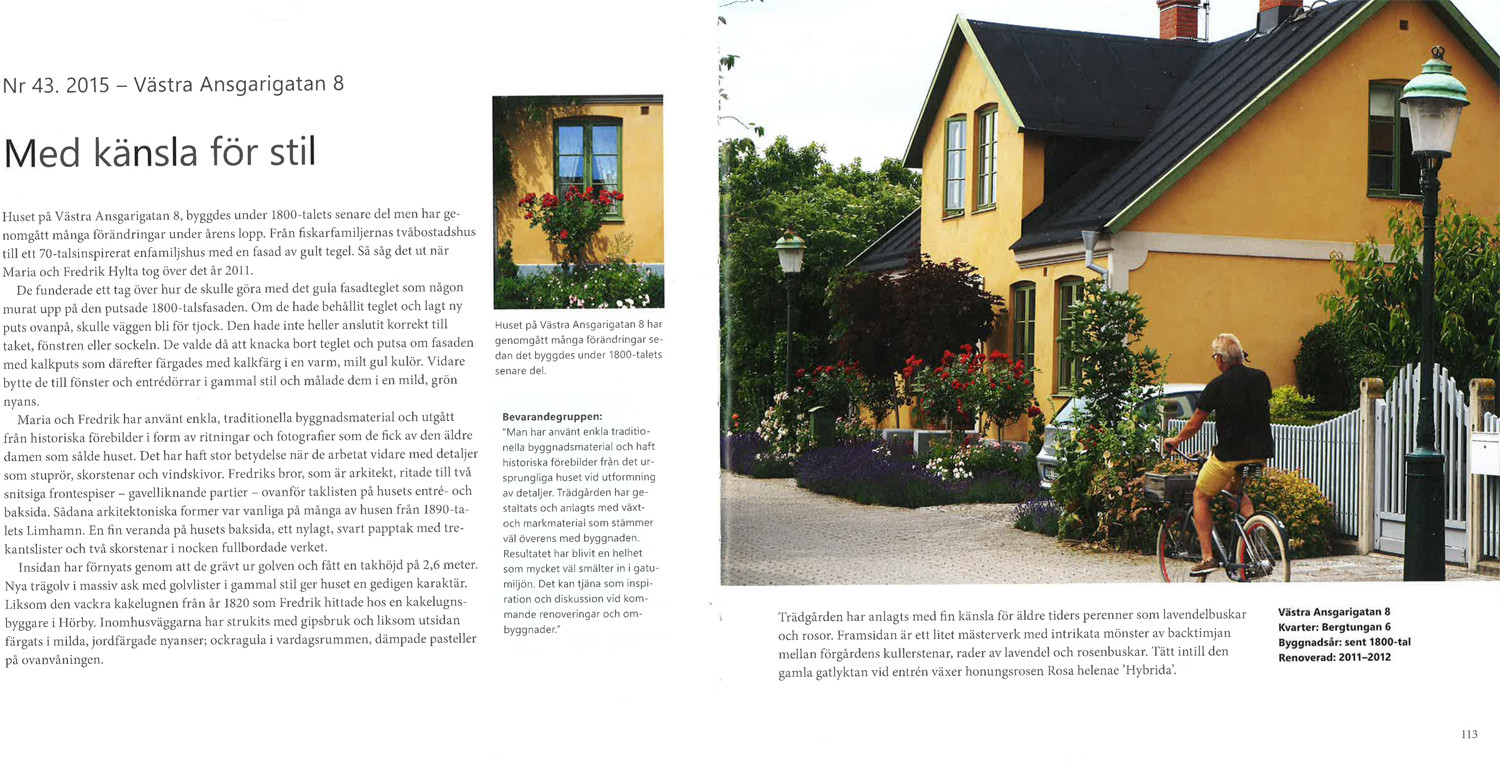 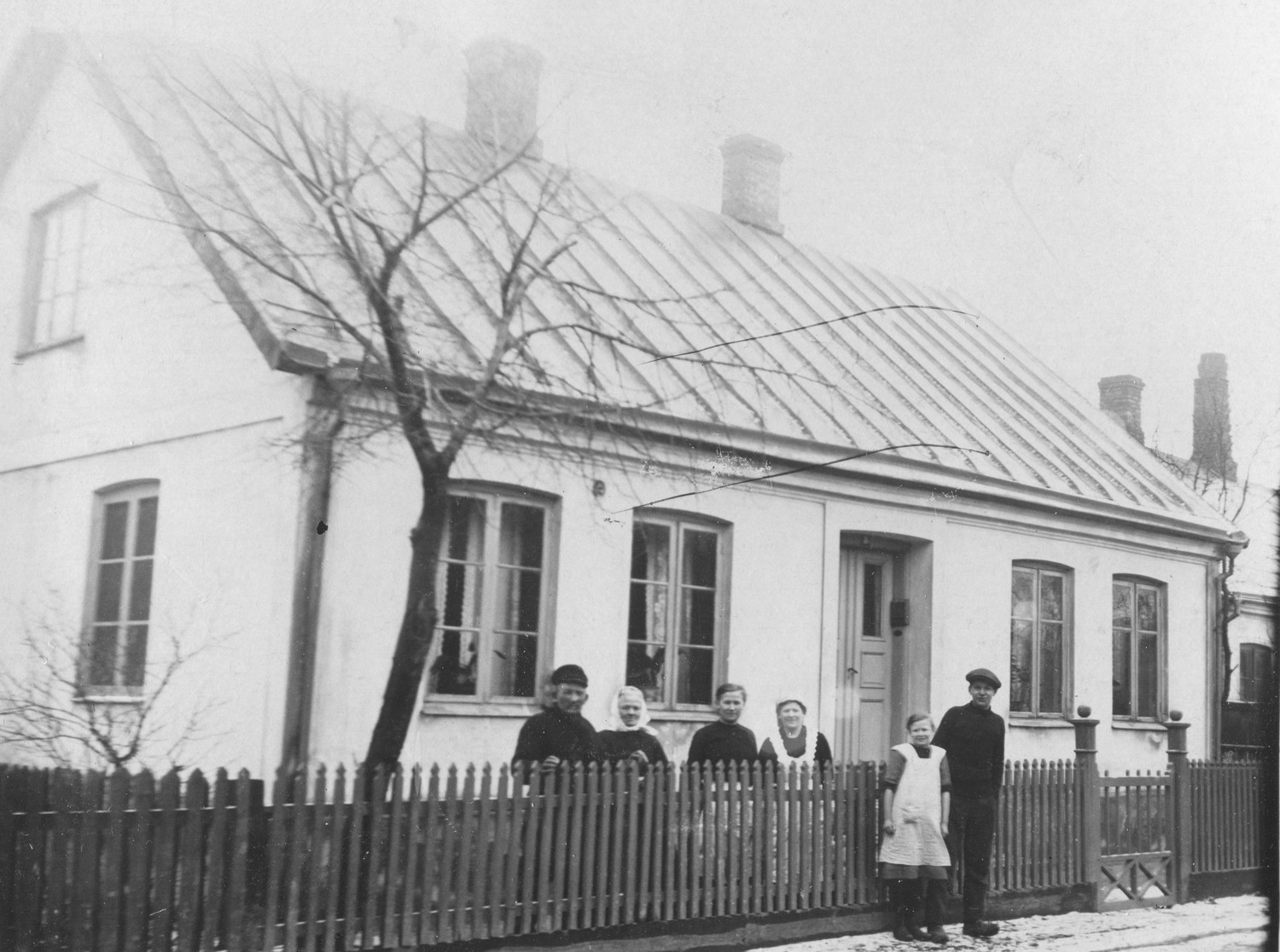 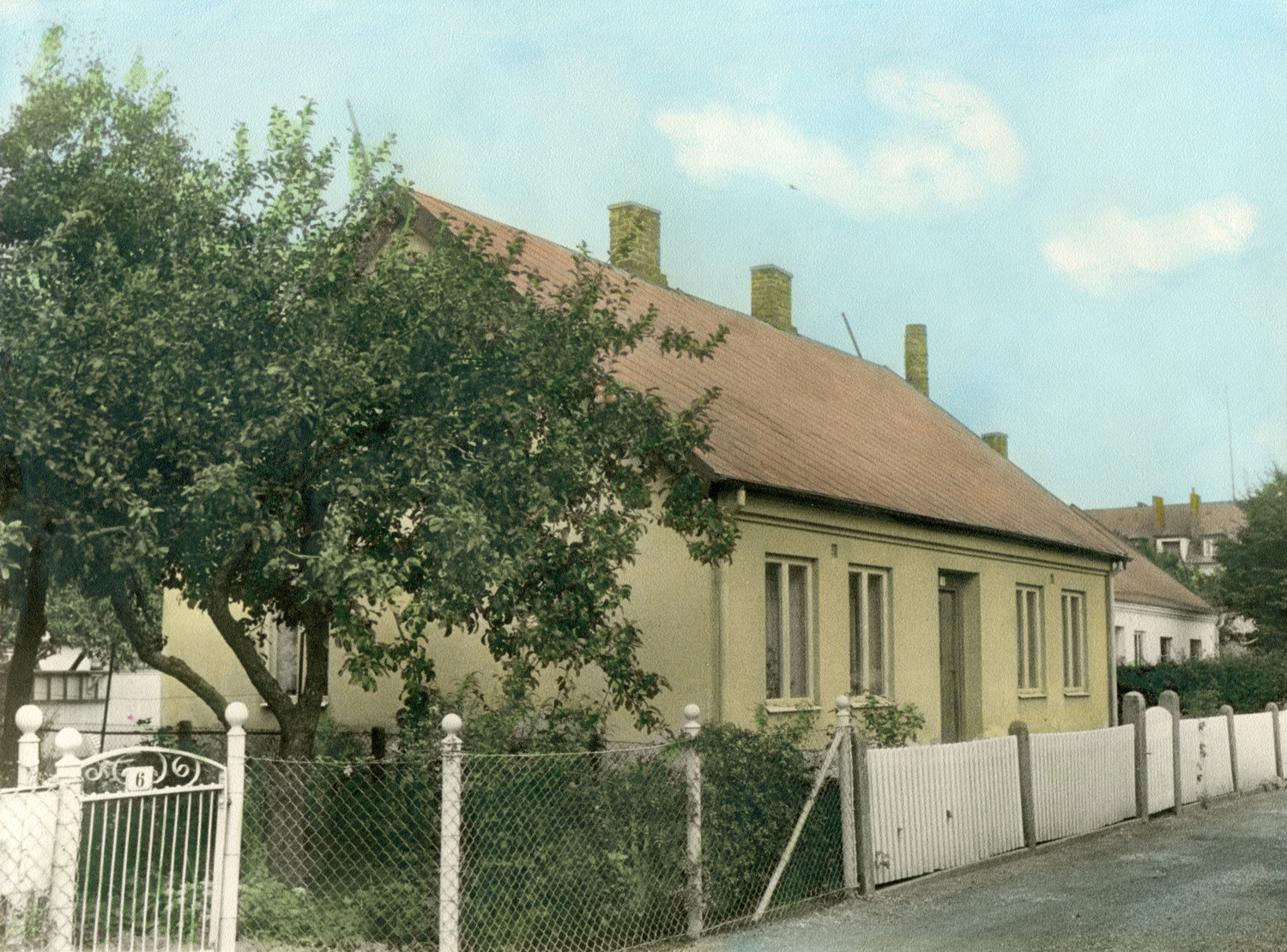 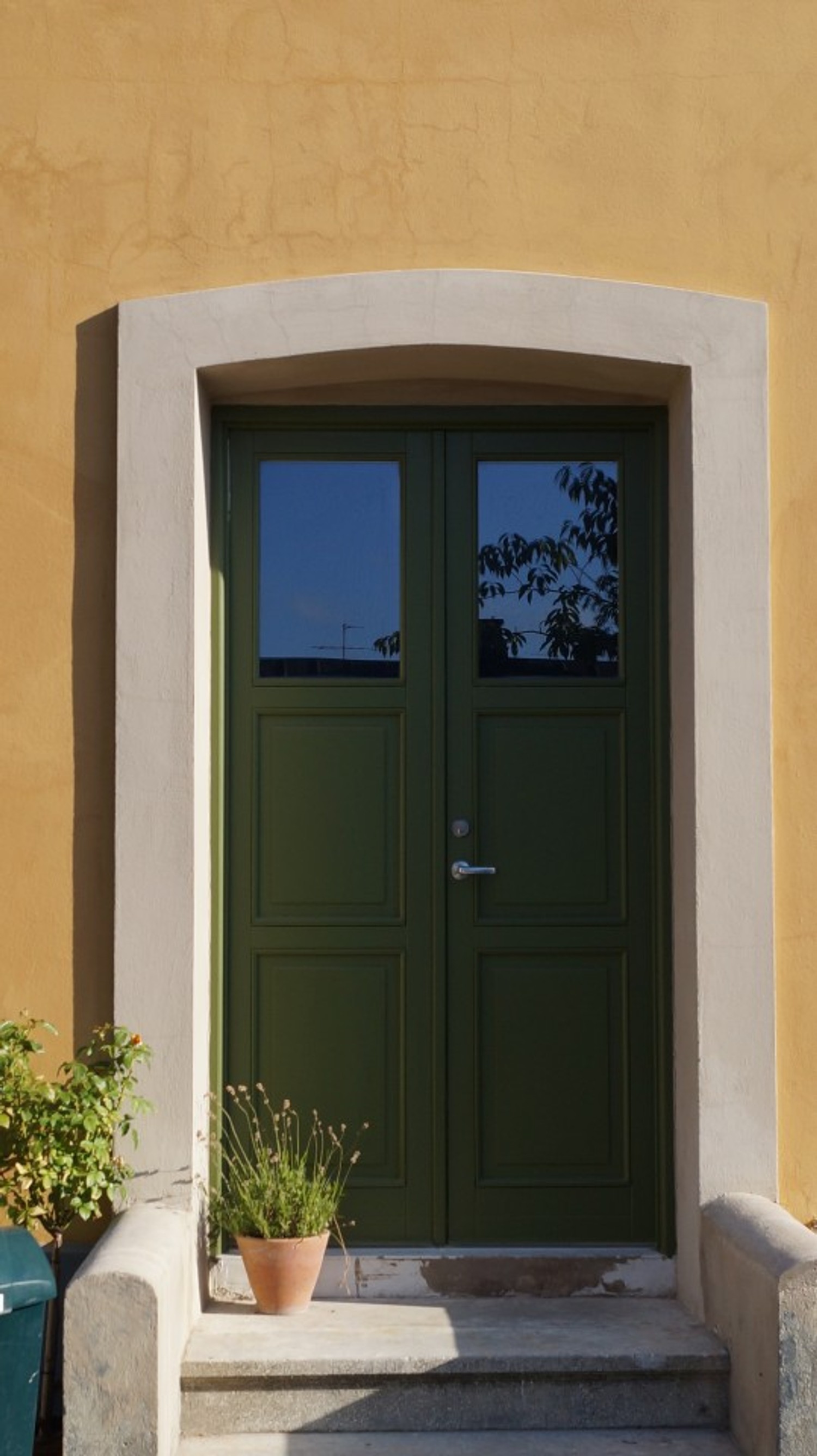 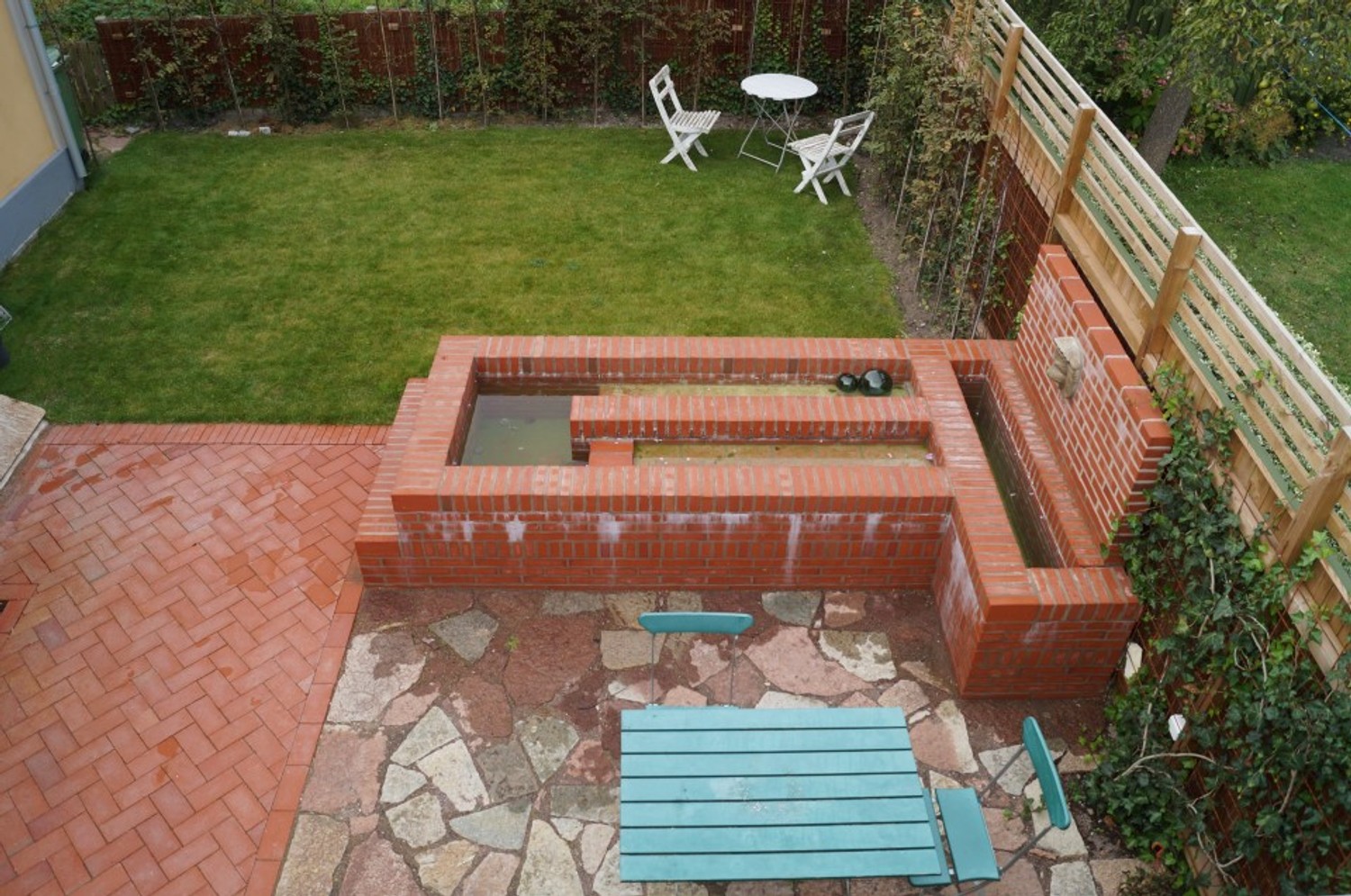 The house is from the late 19th century. Originally it was designed to house two families on the two floors and was rendered on the outside with plaster. Since then, several phases of renovation have taken place. Three years ago, it housed a single family and had a yellow brick facade but the bricks have since been removed to restore the facade, which has been rendered again in plaster and painted in a warm yellow color.

In addition, gables have been built at the front and back plus the windows and entrance door have been replaced and painted in a warm green colour. The roof has been resurfaced, the base of the house has been painted grey and the chimneys have been repointed. The house has been renovated in a very knowledgeable and skilful way. They have used simple traditional building materials and have looked at historical photos of the original house when designing details such as drainpipes, chimney stacks, window frames, friezes, etc. The same care and consideration was applied to the facade that has been rendered with lime plaster and painted with a traditional colour scheme.

The garden has been designed and landscaped with plants and materials that are in keeping with the building. The result is a house that blends in well with the rest of the street. It serves as an inspiration and talking point for other renovation work*.

*Citation from the jury of the Limhamn Conservation Society

Limhamn is an old fishing village located on the outskirts of Malmö. Malmö is Sweden’s third largest city with about 350,000 inhabitants. Featured in the Swedish book 'Prisade Limhamns Hus' (Award-winning houses in Limhamn) by Ulla Hårde.